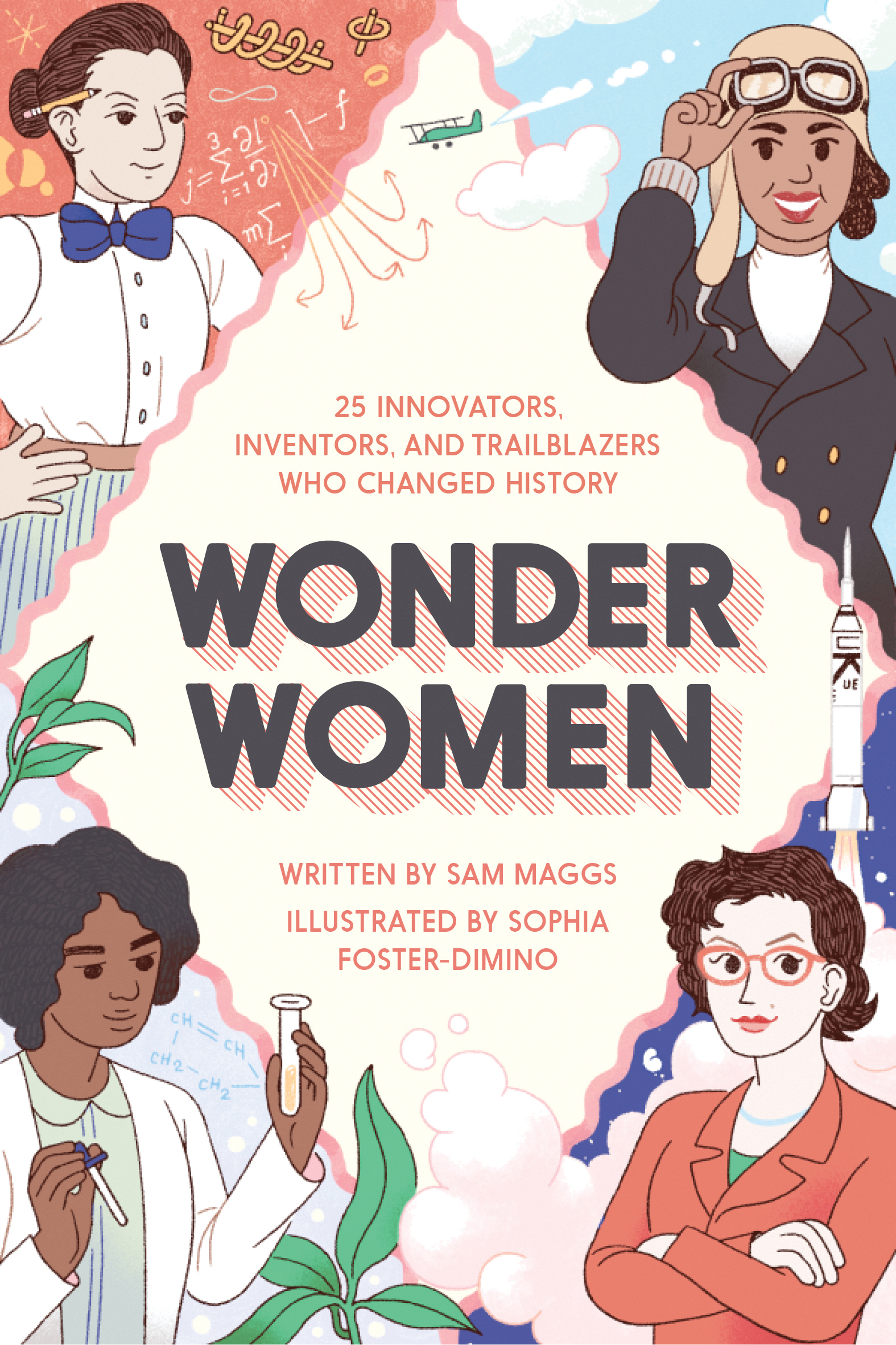 TARGET CONSUMER: Fans of The Fangirl's Guide to the Galaxy & Sam Maggs People interested in women's history, women's studies, feminism and girl power. Lively and well-researched profiles of some of the world's greatest unknown women in STEM and beyond, from Fangirl's Guide author Sam Maggs. Everybody's talking about women in STEM (Science, Technology, Engineering, and Math) professions. The #ILookLikeAnEngineer campaign went viral to show the world the face of women in engineering. The Girl Scouts of the USA now sponsors an "Imagine STEM" program to encourage girls to pursue scientific inquiry. Pop star Robyn even founded a technology conference exclusively for teenage girls. Today, many women are making huge strides in science--but they're hardly the first. Have you heard of... Noor Inayat Khan, the Indian-American Allied spy who convinced a German to help set up her wireless antenna by telling him it was a laundry line? Maria Sibylla Merian, the German painter and scientist who made the world's first scientific expedition because she wanted to study bugs in their native Amazon? Huang Daopo, the inventor who fled an abusive child marriage only to revolutionize textile production in China, centuries before the invention of the cotton gin? Sarah Edmonds, the American woman so inspired by the cross-dressing heroine of her favorite novel that she put on trousers and joined the Union Army? With her trademark wit, warmth, and enthusiasm, Fangirl's Guide to the Galaxy author Sam Maggs offers profiles of these women--and many, many more--who changed the world with their passions, smarts, and perseverance. Subjects span the globe and are diverse in ethnicity, religion, and sexual orientation. A extensive bibliography, plus an appendix on how to get involved in womencentric STEM organizations today, make this perfect for both casual readers and the classroom. Short, fun, and thoroughly-researched profiles of amazing women who followed their passions in science, medicine, engineering, espionage, and exploration Amazing diversity of subjects--not the same old same olds that get trotted out for women's history month, but women of multiple nationalities, ethnicities, sexual orientations, and religions Additional content on how YOU can become a woman of wonder in Science Technology Engineering and Math! MyHouse - Print 3/3/16, 11:53 AM https://myhouse.penguinrandomhouse.com/print.cfm Page 2 of 2 The playful and enthusiastic Sam Maggs will appeal to her built-in Fangirl audience and online following, but the educational content and broad international scope of the subjects will take it to the classroom and beyond Beautiful portraits of each woman by Google doodler Sophia Foster- Dimino