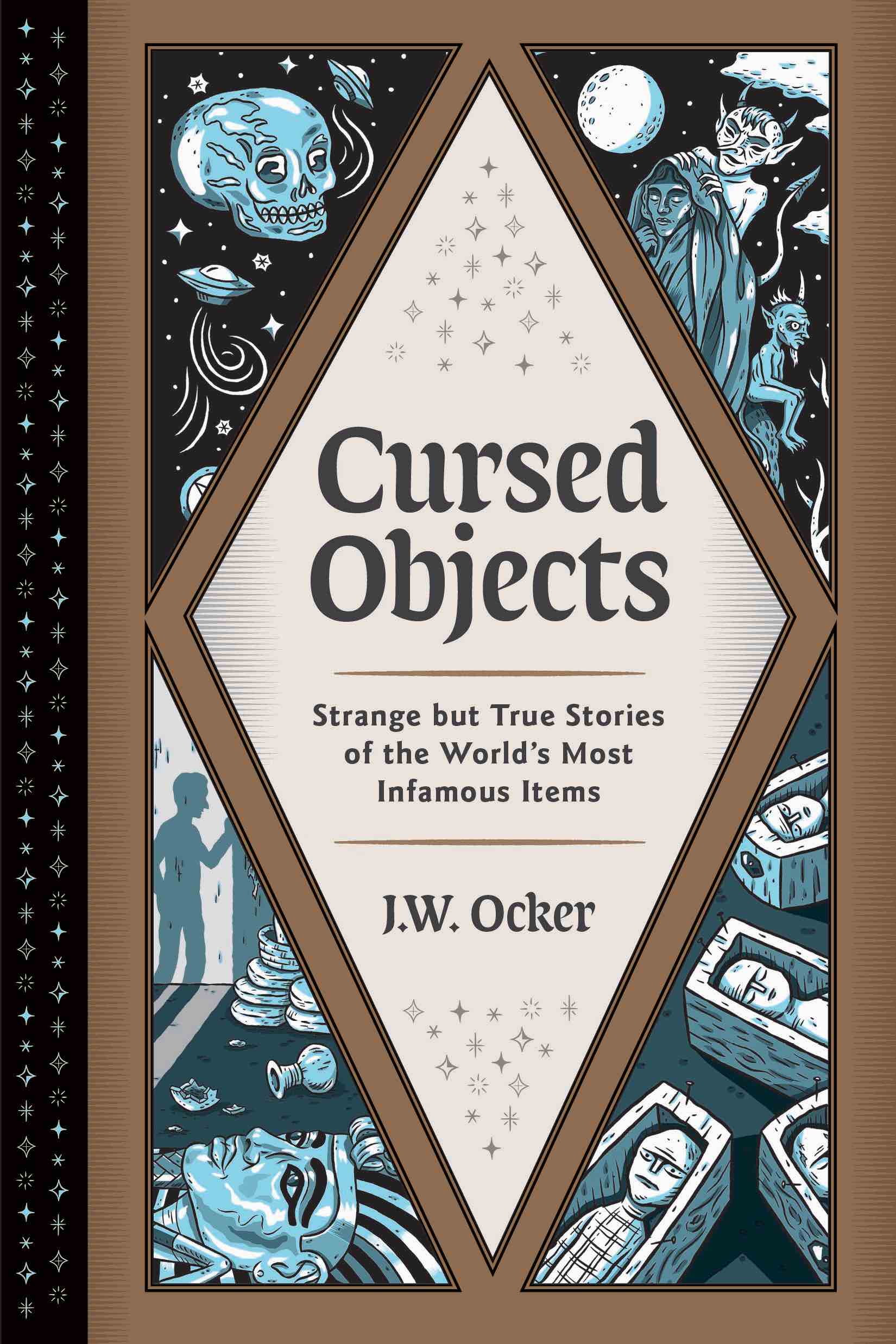 TARGET CONSUMER: People who are interested in weird history and folklore People who are interested in horror and the paranormal Gift givers An illustrated compendium that reveals the true stories behind the most infamous, creepy, and bizarre real-life cursed objects throughout history. Spanning decades and continents, subjects range from the opulent Hope Diamond to the humble Busy Stoop chair. They're lurking in museums, graveyards, and private homes around the world. Their stories have inspired countless horror movies, reality TV shows, campfire tales, books, and even chain emails. They're cursed objects, and in order to unleash a wave of misfortune, all they need...is you. As a culture, we can't seem to get enough of cursed objects. But never before have the true stories of these infamous real-life items been compiled into a fascinating and chilling volume. Entries include: Annabelle the Doll, a Raggedy Ann doll which inspired the acclaimed horror franchise The Conjuring The Tomb of Tutankhamen, the discovery of which kicked-started media hysteria over a rumored "Curse of the Pharaohs" The Ring of Silvianus, a Roman artifact believed to have inspired J. R. R. Tolkien's The Hobbit The Hope Diamond, which was owned by kings and inspired the Heart of the Ocean in James Cameron's Titanic The Dybbuk Box, which was sold on eBay and inspired the horror film The Possession Whether you believe in curses or not, the often tragic and always bizarre stories behind these objects will fascinate you. Many of them have intersected with some of the most notable events and people in history. But beyond Hollywood and beyond the hysteria, author J. W. Ocker suggests that cursed objects are simply objects which have been witness to great human tragedy, and thereafter operate as mechanisms for remembering and retelling those stories. Cursed Objects will be equally appealing to true believers as well as history buffs, horror fans, and anyone who loves a good spine-tingling tale. Capitalizes on the new wave of interest in horror with a gifty, nonfiction take 30 2-color illustrations, design-y chapter openers, and sidebars complete the package Perfect for fans of cursed-object-centric horror films like The Possession, Drag Me to Hell, and Annabelle and Annabelle: Creation, of the Conjuring franchise Perfect for fans of films and TV shows about cursed objects like The Haunted Collector on SyFy, Zak Bagans' Deadly Possessions and Mysteries at the Museum on the Travel Channel