The Turn of the Screw

Browse all 6 titles in Classicos! series 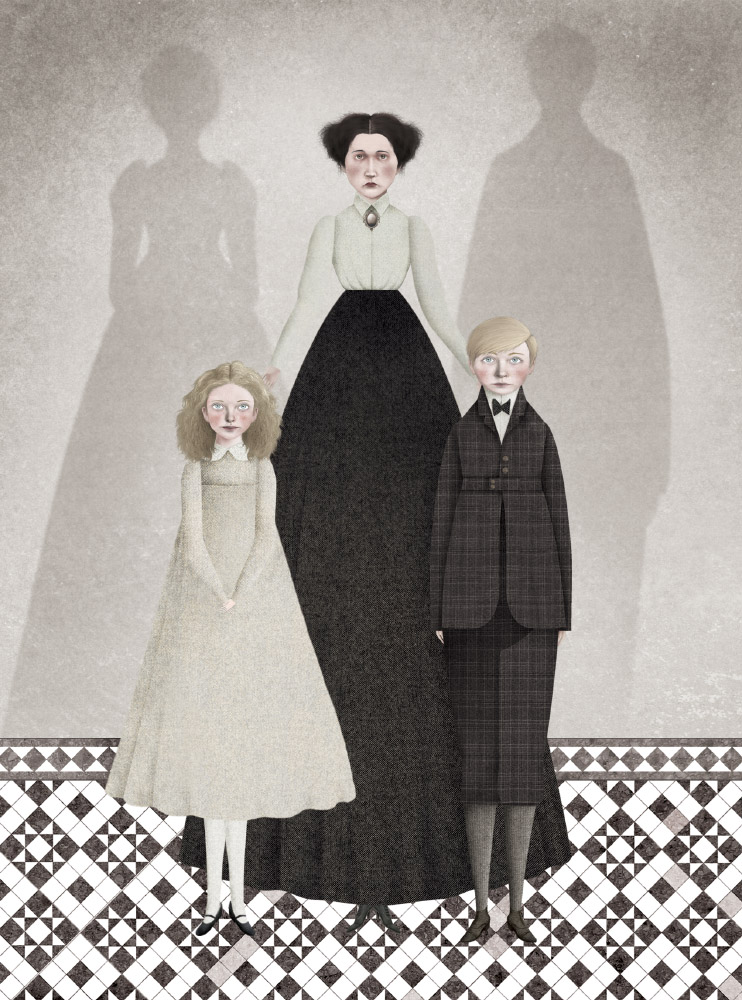 Internationally successful and innovative illustrators --Iban Barrenetxea, Gianluca Folì, Jesús Cisneros & Raúl Allén-- have illustrated classic tales to give them a new zest and twist! Re-discover Snow White, David Copperfield, Les 3 Mousquetaires, Sense and Sensibility, Oedipe and more! The original double page illustrations are grand, but you can adapt them to shape your own new Classics collection! Nº of illustration: 17 illustrations (single pages: 26 x 35 cm) . Format: 26 x 35 cm Summary: On Christmas Eve, an unnamed narrator, along with some other unnamed characters, listens to Douglas, a friend, read a manuscript written by a former governess whom Douglas claims to have known and who is now dead. The manuscript tells the story of how the young governess is hired by a man who has become responsible for his young nephew and niece after the deaths of their parents. He lives mainly in London but also has a country house, Bly. He is uninterested in raising the children. The boy, Miles, is attending a boarding school, while his younger sister, Flora, is living in a summer country house in Essex. She is currently being cared for by Mrs. Grose, the housekeeper. Miles and Flora's uncle, the governess's new employer, gives her full charge of the children and explicitly states that she is not to bother him with communications of any sort. The governess travels to her new employer's country house and begins her duties. Miles soon returns from school for the summer just after a letter arrives from the headmaster stating that he has been expelled. Miles never speaks of the matter, and the governess is hesitant to raise the issue. She fears there is some horrible secret behind the expulsion but is too charmed by the adorable young boy to want to press the issue. Soon thereafter, around the grounds of the estate, the governess begins to see the figures of a man and woman whom she does not recognize. These figures come and go at will without ever being seen or challenged by other members of the household, and they seem to the governess to be supernatural. She learns from Mrs. Grose that the governess's predecessor, Miss Jessel, and another employee, Peter Quint, had had a close relationship. Before their deaths, Jessel and Quint spent much of their time with Flora and Miles, and this fact has grim significance for the current governess when she becomes convinced that the two children are secretly aware of the ghosts' presence.